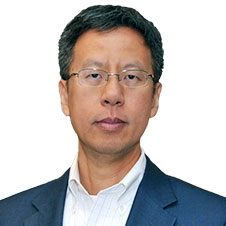 Michael Xie
Founder, President and Chief Technology Officer (CTO)
Fortinet
Michael Xie has dedicated his career to the network security industry. For two decades, he has been relentlessly driving innovations at Fortinet, in areas of technology, products and services.

He was honored with the 2009 Tech Innovator Awards by Everything Channel's CRN. He was also named a 2006 Northern California Entrepreneur of the Year by Ernst & Young and a Top Technology Innovator by VARBusiness Magazine in 2004.

Hear from Michael in