Full Name
Ben Miller
Job Title
VP Threat Operations Center
Company
Dragos, Inc
Speaker Bio
Ben Miller is Vice President of Professional Services and R&D at the industrial cyber security company Dragos, Inc. where he leads a team of analysts in performing active defense inside of ICS/SCADA networks. In this capacity he is responsible for a range of services including threat hunting, incident response, penetration testing and assessments for industrial community as well as advanced research and innovation within ICS security.

Previous to his role at Dragos, Inc. Ben was the Associate Director, Electricity Information Sharing & Analysis Center (Electricity ISAC) and led cyber analysis for the sector. He and his team focused on leading edge cyber activities as they relate to the North American bulk electric system. Ben was recognized as instrumental in building new capabilities surrounding information sharing and analytics in his five years at the E-ISAC. Prior to joining the E-ISAC, Ben built and led a team of 9 focused on Network Security Monitoring, forensics, and incident response at a Fortune 150 energy firm. His team received numerous accolades from industry and law enforcement. During this time he also served in a CIP implementation project and various enterprise-wide mitigation programs. Ben has served in various roles including both planner and player roles in GridEx I, II, and III. He served as a facilitator of several NERC Task Forces including the Cyber Attack Task Force, and is an acknowledged contributor to NIST SP 800-150. Ben is an accomplished speaker in various venues including Black Hat, SANS, ICSJWG, ShmooCon and others. He was recognized by SANS as a 2017 Difference Maker Award Winner for his contributions to the electricity sector. 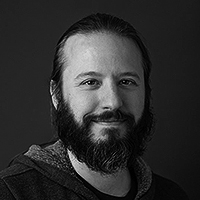