He is one of the champions in making PNP’s vision of S.M.A.R.T. Policing to fruition. PBGen Santos is a firm believer in digital transformation and that unifying PNPs nationwide digital network is a foundational step. S.M.A.R.T. Policing is a key enabler in delivering a better public service.

On top of his role in the Command Center, he also served as Commander of the PNP Medical Reserve Force. Part of the brave frontliners who continue to serve the people since the pandemic started.

PBGEN Santos also completed his master’s degree in Information Management at the Ateneo De Manila University and is a proud member of the Philippine Military Academy class of 1991, an avid golfer, a loving husband, and a model leader to his children.
Speaking At
Panel Discussion: IT/OT Convergence – Cyber Security is not just about Technology 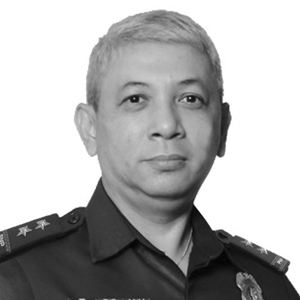