The Jet’s career was launched at the University of North Carolina where he was named a consensus All-American in his senior season. His NBA career was just as exceptional. Smith was 2x NBA champion, as well as a1988 All-Rookie team member. In his storied career career “The Jet” accumulated 9,397 points, 1,454 rebounds, and 4,073 assists. He also won gold at the FIBA World Championship with team USA. ​

Earlier in his broadcasting career, Smith worked as an analyst for MSG Network’s broadcasts of New York Knicks games from 2005-2008. In 2015 Kenny and his family appeared on their own show called The Smiths. Smith recently launched the Jet Academy which provides a virtual online basketball camp experience for kids. ​
Speaking At
Final Four with Kenny Smith ​ 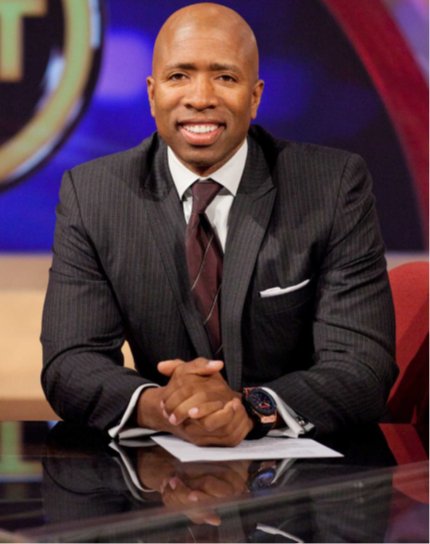